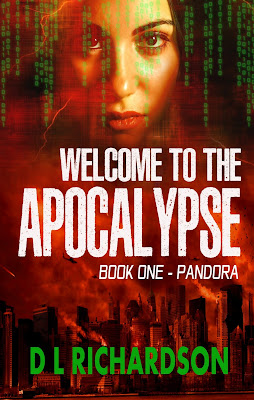 For fans of Robopocalypse, The Hunger Games, Ready Player One, World War Z

Everyone wants to escape reality. And a new state-of-the art virtual-reality gaming facility offers players the perfect place to swap their regular lives for a world of monsters and fantasy locations. But what happens when, instead of playing the game, the game ends up playing them?

Jack Minnow grabbed a brochure off the rack and his eyes scanned the back page.
"It says here that rule breakers are ten times more likely to survive an apocalypse. They're adaptable and they rely on cunning and instinct."
Jack was five-foot-eight, and the woman behind the counter, called an operator, was easily six-feet tall. Looking at her was like looking at a marble statue atop a pedestal. All white – her hair, her tight-fitting jump suit, her face, neck, and hands, painted to resemble a computer generated character. He allowed himself to imagine that the stage make-up covered places he couldn't see.
She smiled at him. "It also says that rule breakers are ten times more likely to die within the first hour. They're reckless and often act without thinking."
She pushed a plastic tray towards him, the kind handed out at airports to slip under x-ray machines. Jack dropped his wallet, phone, and car keys into the tray.
"So it's a win/win day for a guy with a superhero complex," he said.
Superman, his mother had called him after he'd brought home a stray dog for the fifth time. "Can't help but save things," she'd told the dog ranger. Even as a boy, Jack knew what happened to the mutts who were handed over to the ranger, but he still brought dogs home for one last night of fun. His superhero complex was the reason he'd entered The Apocalypse Games. Save everyone. Save the world. Nobody dies. Not for real anyway.
The operator removed the tray and he stood there waiting for a voucher. None came. A warning flared up into his brain. What did he really know about this operation?
"Seriously, about those odds," he said. "Exactly how much testing has gone into the program? I mean this is opening day. There must be kinks to iron out."
"We use the same technology as they do at NASA," she said. "The nutrient tubes and mist emitters feeding into the simulation pods are the same as those used in space travel. The structural integrity of the pods was tested by NASA engineers only last week." She tilted her head to the side. "We'll take good care of you, Mr Minnow. I'll see to it personally."
He didn't know her name, or anything else about her, but he felt he could trust her. He had to trust her; he was placing his life in her hands.
She stepped out from behind the counter, slipped her arm through his, and guided him toward a set of doors where he caught flashes of shiny surfaces and bright lights. A sign indicated the room was called The Launch Pad.
"How will you see to it personally?" he asked, dragging his gaze back to her dazzling blue eyes. "Will you be in the game with me?"
She shook her head. Pity. He was sure he'd enjoy cyber-sex.
"You've got a good crowd here for the opening. How many players you reckon? Eighty? Ninety?"
"There are one hundred and five players taking part in today's auspicious event."
Jack's mood sank a little. "Won't it get crowded?"
She placed her other hand on his arm. Others might have found the gesture too friendly, but not him. Attention from a beautiful woman – genuine or as part of a customary service – warmed his insides.
"There are many apocalyptic scenarios on offer," she said. "Some players have chosen to be placed randomly, in which case we'll load them into scenarios that other players haven't pre-selected. It's highly unlikely you'll all be playing the same game." She stopped at a machine similar in size to an ATM and ran a laminated pass across the scanner. "I understand you'll be teaming up with two other players, Reis Anderson and Kelly Lawrence."
"Kelly's my sister," said Jack, not wanting to give the woman the wrong impression. "I'm being a good brother and chaperoning her."
The operator nodded. "Have you chosen an apocalypse to survive? Or will you opt for the random selection?"
"I don't mind surprises, but Kelly's…let's just say she's a novice at this. We've decided to play—"
Her fingers swiftly landed on his lips. "Don't tell me. If I don't know then I can't reveal any spoilers."
She slipped the laminated pass around his neck and continued ushering him toward The Launch Pad. At the doorway, she gently pried her arm away and her azure-blue eyes twinkled.
"I assure you, Mr Minnow. You will be in the greatest of care. Please make your way inside and enjoy your complimentary champagne. It won't be long until you're taken to the simulation pod."
The doubt still niggled at him. "So when we die in the game, what happens?"
She looked off to another player signing up at the desk.
"Miss…Operator?"
At last she turned around and smiled, revealing dazzling white teeth. "You can't die in the game."
"But it'll feel like it. That's what the brochure says."
"Yes, it will feel like death," she said before walking briskly away.

"From the very first to the last page, the story is emotionally charged, the action intense, and the conflict driving the plot forward." - Readers Favorite

"The suspense is biting and the reader can feel the pulse of the characters. From the very first to the last page, the story is emotionally charged, the action intense, and the conflict driving the plot forward." - Arya Fomonyuy for Readers' Favorite

"The concept and plot was so different to any dystopian novel I've ever come across. It wasn't exactly Terminator, with robots rising up to kill humans, but more like Star Trek-type technology becoming sentient and killing humans." Rachel Sawyer Diaries 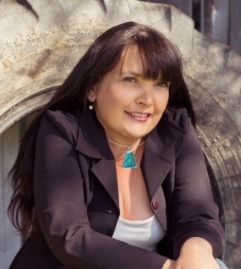 D L Richardson likes many things, reality isn't one of them. She writes Science-Fiction, Horror, and Fantasy. She lives in Australia with her husband and dog.