Today, I am thrilled to be part of Helen Field's blog tour for her new novel Perfect Crime thanks to Avon Books ..... read an exclusive extract below ..... 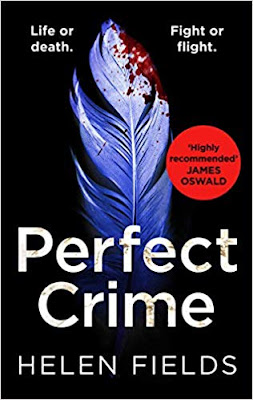 Your darkest moment is your most vulnerable…
Stephen Berry is about to jump off a bridge until a suicide prevention counsellor stops him. A week later, Stephen is dead. Found at the bottom of a cliff, DI Luc Callanach and DCI Ava Turner are drafted in to investigate whether he jumped or whether he was pushed…
As they dig deeper, more would-be suicides roll in: a woman found dead in a bath; a man violently electrocuted. But these are carefully curated deaths – nothing like the impulsive suicide attempts they’ve been made out to be.
Little do Callanach and Turner know how close their perpetrator is as, across Edinburgh, a violent and psychopathic killer gains more confidence with every life he takes…
An unstoppable crime thriller from the #1 bestseller. The perfect read for fans of Karin Slaughter and M. J. Arlidge.

Ducking under additional crime-scene tape, they moved to a level paved outcrop with a visitors’ information board. The section was wide, easily three foot across, and level enough to have stood safely, if not advisedly on top of the wall, overlooking the bridge and the moat. Above them, higher walls blocked some of the wind but none of the rain.

‘Apparently, this is the fore tower. When exactly did our man fall?’

‘He was found at the bottom of the wall when staff got in this morning. The castle doesn’t open until 10 a.m. at this time of year and the door we came through is locked at night. We won’t know what time he fell until Ailsa completes her report and estimates time of death, but it was between about 7 p.m. and 8 a.m. They have cameras at the visitor centre, which we’ve checked, but they don’t give a good enough night-time picture for us to see anything,’ Ava shouted over the wind.

‘He broke in?’ Callanach asked.

‘What?’ Ava yelled, huddling into him to hear.

Callanach put an arm around her shoulders and cupped a hand over her ear to make himself heard.

‘I said, did he break in or just stay after the centre closed?’

‘I’m told there’s no damage to the door or the lock, but there’s no CCTV of the castle itself, so we can’t be sure. Apparently, people have ended up locked in here at night before. Plenty of small corners to hide if you don’t want to be spotted. Look …’ She pointed over the edge, leaning perilously across the rough stone wall. 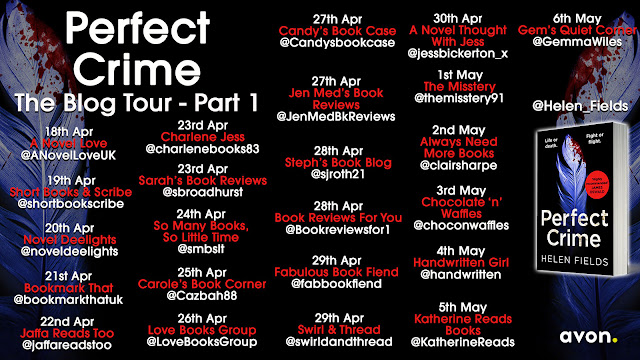 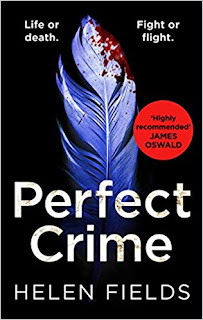