Today, I am thrilled to be part of Lorna Cook's blog tour for her debut novel The Forgotten Village, thanks to Avon Books ..... check out my review below 1943: The world is at war, and the villagers of Tyneham are being asked to make one more sacrifice: to give their homes over to the British army. But on the eve of their departure, a terrible act will cause three of them to disappear forever.

2017: Melissa had hoped a break on the coast of Dorset would rekindle her stagnant relationship, but despite the idyllic scenery, it’s pushing her and Liam to the brink. When Melissa discovers a strange photograph of a woman who once lived in the forgotten local village of Tyneham, she becomes determined to find out more about her story. But Tyneham hides a terrible secret, and Melissa’s search for the truth will change her life in ways she never imagined possible.

The Forgotten Village is a wonderfully intriguing story set in the past and present which I thought was an absolute delight to read.

Starting in December 1943 when the villagers are preparing to leave their homes for the good of the war effort, we meet Lady Veronica and her husband who are about to give a final speech to the people.

In the present and the village is finally being re-opened to the public by well-known historian, Guy, and Melissa, unhappy and with nothing else to do, decides to go and have a look round the deserted and ruined village.  She sees a picture of Lady Veronica and is immediately startled by what she sees in the old black and white photo.

This starts her and Guy on a journey to try and find out  what happened to Veronica as the story travels back and forth between the years.

Totally engrossing, the story gradually builds a picture of Veronica's unhappy life as Melissa's own unhappy life is dramatically altering as she and Guy discover secrets, lies and deception not only from the past but also in the present too.

Weaving in and out of the time lines, the tension is almost unbearable as the drama is played out in the past and I was holding my breath hoping it would all resolve itself.  I couldn't turn the pages fast enough!

The Forgotten Village is a fabulous debut novel by Lorna Cook, it is a well-written historical dual timeline novel, with likeable (and unlikeable) characters, an intriguing and unique storyline, and so dramatic at times.  I thoroughly enjoyed the whole experience!

LORNA COOK lives in coastal South East England with her husband, daughters and a Staffy named Socks. A former journalist and publicist, she owns more cookery books than one woman should, but barely get time to cook. The Forgotten Village is her first novel.

Available to buy now from
Amazon UK
Amazon US
Bookdepository.com 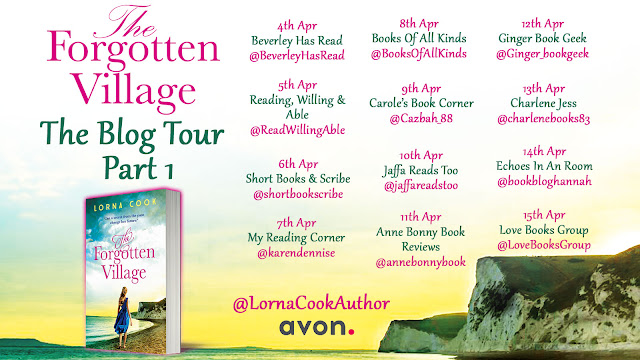 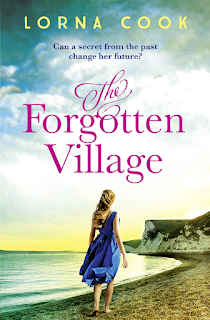