Macmillan is rushing through a reprint of 85,000 copies of J Randy Taraborrelli's Michael Jackson: The Magic and the Madness in anticipation of a surge in demand for Jackson products following the pop star's death last week.

The book, published in paperback 2004, is currently 28th in Amazon.co.uk's bestseller chart, despite being listed as 'out of stock'. The publisher, which said late Friday that it was still waiting orders and assessing quantities, is expecting delivery of the £8.99 paperback on Tuesday.

There have been numerous reports that sales of Jackson's albums, and DVDs, have gone through the roof since news of his sudden death emerged last Thursday (25th June). However, no new book on Jackson appears to have been commissioned since Taraborrelli's book, and this is the only title on the singer in Amazon.co.uk's top 100 list. 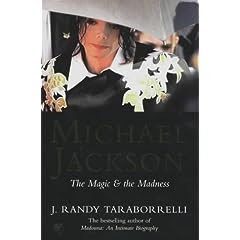 The Bookseller reported on Friday (26th June) that independent publisher John Blake has commissioned a new biography of Jackson. Michael Jackson – King of Pop: 1958-2009 is being written by Emily Herbert, a long-time fan of Jackson, who has interviewed him "on several occasions" in the past. It is scheduled for release on 24th August and will be a B-format paperback, priced £7.99.

Omnibus Press is also looking into the possibility of creating a special 'memorial' edition of its Michael Jackson: The Visual Documentary of Jackson. Richard Hudson, sales director, said the publisher was "in discussions" with the author, Adrian Grant, about updating the book. The fourth edition of the title was published in 2005. Hudson added Omnibus was considering reissuing "two or three" other books on the singer.