BOOK NEWS: Headline gets sexy with SEX AND THE CITY! 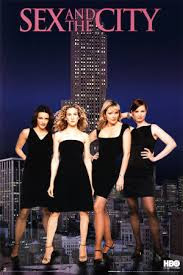 Headline has acquired the new tie-in book for the forthcoming film “Sex and the City 2”. 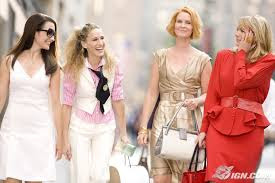 h”, fully illustrated title is scheduled for publication on 27th May to coincide with the film’s release date. It is produced with a silver and gold-padded hardback cover and features photographs of all the outfits in the film. The book is being produced with involvement from Sarah Jessica Parker, who plays the lead character Carrie Bradshaw, as well as being co-producer of the films and series.

Tait said: “This new book promises to have everything the ‘Sex and the City’ fans want—glamour, fashion, style and, of course, lots of shoes. We are thrilled that yet again Melcher has chosen Headline as its UK partner.”

She added: “At a time when illustrated film companions rarely work, Sex and the City was an exception, and we’d expect this to be just as successful because ‘Sex and the City 2’ is the most anticipated film of the summer.”

Headline published the bestselling tie-in to the first “Sex and the City” film in 2008.