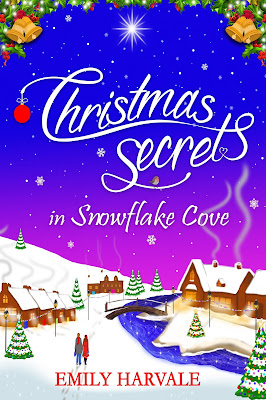 I am delighted to be sharing my review of Christmas Secrets in Snowflake Cove today during the 3 Day Blog Blitz!

Christmas is a time for family and friends, miracles and magic, falling snow and roaring fires, fun, laughter and festive feasts. In Snowflake Cove, it’s also a time for secrets to be revealed…
Evie Starr is hoping for more than a sprinkling of magic this Christmas. The family-run Snowflake Inn is virtually empty and the Starr’s financial future isn’t looking bright. But Evie’s gran, Jessie has a secret that might help.Enigmatic, Zachary Thorn is every woman’s dream. He’s also ex-SAS, so his secrets are classified. The Christmas Special of his feel-good, TV show is set in Michaelmas Bay – until a phone call means he’s spending Christmas in nearby Snowflake Cove.Evie’s best friend, Juniper thinks boyfriend Darren has a secret. Evie knows he does. And Evie’s niece, Raven is hiding feelings for Juniper’s brother – who has a secret crush of his own.But the biggest secret in Snowflake Cove is the identity of Raven’s dad.With snow falling thick and fast and secrets being revealed one after another, will everyone be snuggling up by the fire on Christmas Eve, or are some secrets best kept hidden…?

Grab yourself a plate of delicious hot mince pies and a glass of mulled wine and settle down in your comfiest armchair and I guarantee you won't want to move until you've discovered the secrets in Snowflake Cove.

I absolutely loved it!

Four hundred year old Snowflake Inn sits on Snowflake Isle which is connected to the mainland by an old wooden bridge. Evie Starr's family own the Inn but they have money worries this Christmas. Evie's dad is optimistic and thinks everything will be all right, though Evie doesn't know how.

There are so many secrets this Christmas ....... from gorgeous TV star Zachary Thorn, filming his Christmas Special nearby, with his mysterious past ....... to Evie's moody 15 year old niece who would rather be anywhere else but Snowflake Cove but who also wonders just who her father really is.

I enjoyed being with the Starr family, 34 year old Evie is such a worrier with an over-active imagination, her mum cooks delicious shortbread and sausage rolls in the cosy kitchen, gran is a little bit cantankerous and how does she know Zachary Thorn's grandfather? Another secret in the Cove!

Oh so many secrets in this lovely feel good story with lots of easy to like characters, set in a romantic cove, with snow falling and lots of delicious food to savour, this is a warm and wonderful winter read. 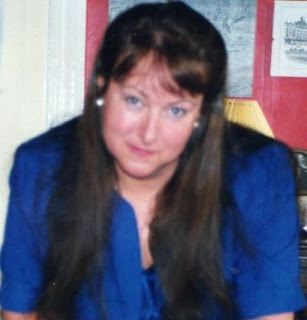 Having lived and worked in London for several years, Emily returned to her home town of Hastings where she now spends her days writing... and chatting on social media. Emily is a Member of the SoA, a PAN member of the RWA and a Pro Member of ALLi. She's an Amazon bestseller and a Kindle All Star. Emily loves writing and her stories are sure to bring a smile to your face and a warmth to your heart. Emily says, "I write about friendship, family and falling in love. I believe in happing endings." When she isn't writing, she can be found enjoying the stunning East Sussex coast and countryside, or in a wine bar with friends, discussing life, love and the latest TV shows. Chocolate cake is often eaten. She dislikes housework almost as much as she dislikes anchovies - and will do anything to avoid both.
Social Media Links –  https://www.facebook.com/emilyharvalewriter
https://www.twitter.com/emilyharvale