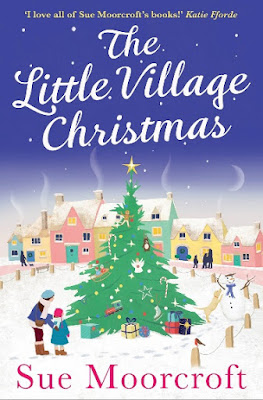 
Sue Moorcroft, #1 Kindle bestseller is back, with a Christmas novel that promises to warm your heart this festive season.

Alexia Kennedy has lived in the little village of Middledip all her life – and now it’s time for her to give something back. As an interior decorator, she’s been tasked with turning the village’s neglected Victorian pub into a community café that everyone can use.

After months of fundraising by all the villagers, Alexia can’t wait to get going – but disaster strikes when every last penny is stolen. With Middledip up in arms at how she could have let this happen, Alexia feels ready to admit defeat.

But help comes in the most unlikely form when woodsman, Ben Hardaker and his rescue owl Barney, arrive on the scene. Another lost soul who’s hit rock bottom, Ben and Alexia make an unlikely partnership. However, they soon realise that a little sprinkling of Christmas magic might just help to bring this village – and their lives – together again…


Settle down with a mince pie and a glass of mulled wine as you devour this irresistibly festive Christmas tale. The perfect read for fans of Carole Matthews and Trisha Ashley.

With a heavy heart she let herself through her front door, shucked off the red raincoat that usually made her feel cheery and, taking a deep breath, picked up her phone to call Elton.
He answered instantly. ‘About time, too! What’s going on with you? I absolutely stole a Streatham property at the auction today. It’s a small block of studio flats with shower rooms but they have their own balconies, Alexia . . . in Streatham! I’m my investor’s golden boy today because young professionals will lap them up.’
‘If the ceilings are high you might be able to put in mezzanine sleeping platforms to maximise the space,’ Alexia suggested automatically, before remembering she hadn’t called for a creative ideas storm. She sighed. ‘Actually, I’m calling with bad news.’
Instantly, Elton sobered. ‘What’s that?’
He became progressively quieter as Alexia explained.
‘So that’s about it,’ she wound down eventually. ‘We’ve worked through the aftermath with the police and the bank, which has got us precisely nowhere, so I can’t give you an idea of when or how I’m going to get the project underway. We’re still reeling from the shock.’
If she’d harboured any glimmer of hope that Elton would react with, ‘Oh, no! You poor guys. Don’t worry Alexia, make your portfolio as fantastic as you can and include The Angel as “work in progress” and I’ll present it to my investor now,’ she was destined for disappointment.
First came a pregnant silence. Then Elton swore viciously. ‘How the hell did you let this happen? I can’t present you to my investor applauding your outstanding project-management skills when you’ve just let a builder do you up like a kipper!’
Alexia’s leaden heart sank towards her boots. ‘But—’
Elton snapped, ‘Don’t ask whether we really have to tell her. Because yes, we sodding do. Otherwise I’d be putting my nuts on the chopping block. She expects scrupulous honesty.’
Instantly, Alexia felt her hackles rise. He was making it sound as if she’d been found out doing something awful and was looking to Elton to lie for her. ‘And you couldn’t just tell her honestly what’s happened and get her views on whether she wants to see my portfolio anyway?’
A pause. ‘She also expects me to act professionally.’
Alexia swallowed. ‘I see.’ A wave of anger almost stole her voice. ‘Disappointing.’
‘Not kidding. I thought I’d have you on board by New Year. We could all have made a lot of money, you know. If things had gone to plan.’
‘Being mistaken over someone’s support is unpleasant,’ Alexia said, through her teeth. She waited for Elton to get the irony and realise he ought to say something sympathetic or even apologetic. When all she got was further griping about Elton’s plans being ruined, she cut across him. ‘You’re going to be busy finding someone to take my place in the team so I won’t waste any more of your time.’ She ended the call, sick with disappointment and disillusion. 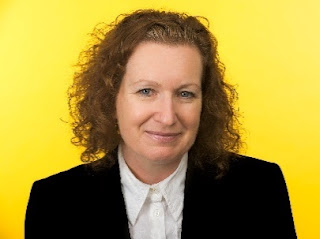 Award-winning author Sue Moorcroft writes contemporary women’s fiction with occasionally unexpected themes. She’s won a Readers’ Best Romantic Read Award, and been nominated for others, including a ‘RoNA’ (Romantic Novel Award). Sue’s a Katie Fforde Bursary Award winner, and a past vice chair of the Romantic Novelists’ Association, and editor of its two anthologies. The daughter of two soldiers, Sue was born in Germany and went on to spend much of her childhood in Malta and Cyprus. She lives in Kettering.

Don't forget to check out the other bloggers on the tour 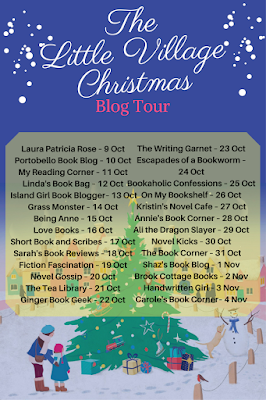