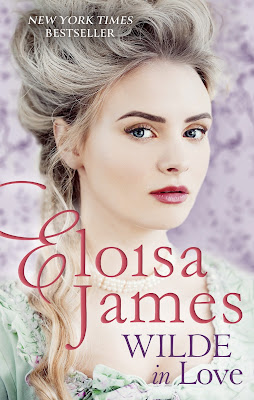 
The first book in Eloisa James’s dazzling new series set in the Georgian period glows with her trademark wit and sexy charm-and introduces a large, eccentric family. Things are about to get Wilde . .

Lord Alaric Wilde, son of the Duke of Lindow, is the most celebrated man in England, revered for his dangerous adventures and rakish good looks.

Arriving home from years abroad, he has no idea of his own celebrity until his boat is met by mobs of screaming ladies. Alaric escapes to his father's castle, but just as he grasps that he's not only famous but notorious, he encounters the very private, very witty, Miss Willa Ffynche.

Willa presents the façade of a serene young lady to the world. Her love of books and bawdy jokes is purely for the delight of her intimate friends. She wants nothing to do with a man whose private life is splashed over every newspaper.


Alaric has never met a woman he wanted for his own . . . until he meets Willa. He’s never lost a battle. But a spirited woman like Willa isn’t going to make it easy . . .

Miss Wilhelmina Everett Ffynche (otherwise known as Willa) is not your average high society lady who simpers and is only interested in needlework and suchlike ...... no, Willa is much more intelligent, funny, logical and adventuresome than that, and she most definitely has no intention of being conquered by the most famous explorer in the world .... Lord Alaric Wilde.

He's feted like some modern day film or pop star celebrity, women look adoringly on him, they rush to buy every new book he brings out, they buy prints depicting his brave adventures and flock to watch a hugely successful play, supposedly, depicting his life while Willa looks on in despair and cannot understand what they see in him.

Most of the story takes place at a house party at Lindow Castle thrown to celebrate the betrothal of Alaric's elder brother to one of Willa's friends, Diana, which seems to go on for weeks and weeks! The guests wander around, chatting, flirting, eating and drinking and occasionally walk out.

I loved the sparring between the two of them, Willa can give as good as she gets, and Alaric is everything she dislikes in a man - he doesn't have a private life, she thinks he's a menace to polite society and believes his books are all lies.

Lord Alaric was flirting with her because he was a man who had to win. He didn't understand that she was not - and never would be - a prize. She meant to choose her spouse after a thoughtful review, and no part of that review included being "won".


This is a light-hearted and entertaining read, very narrative driven, the two main characters are likeable and interesting, the story flowed easily and quickly and I look forward to the next in this series! 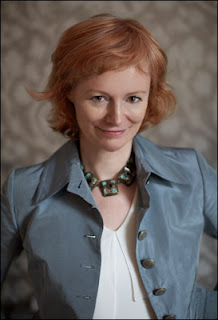 A New York Times bestseller many times over, Eloisa James lives in New York City, where she is a Shakespeare professor (with an M.Phil. from Oxford). She is also the mother of two children and, in a particularly delicious irony for a romance writer, is married to a genuine Italian knight.


This is a week long Blog Tour - don't forget to check out the other Bloggers! 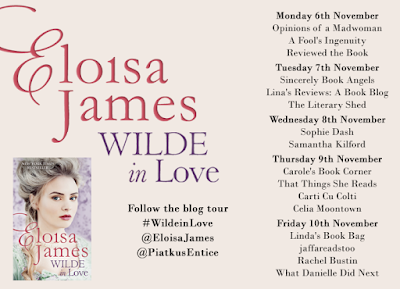