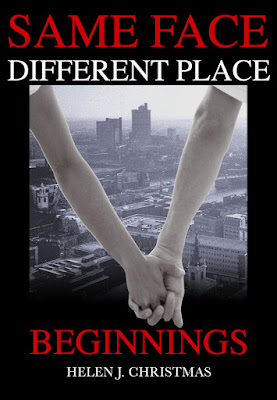 I am thrilled to be sharing with you a 1 Day Blog Blitz of Beginnings from Rachel's Random Resources Blog Tours.  I have an extract to give you a flavour of the story.


Beginnings is a romantic thriller set in the criminal underworld of 1970s London. Eleanor Chapman is 16. She has no idea her father is employed in a world of organised crime until the day he is forced to go on the run, leaving her at the mercy of dangerous people.
Her life is spiralling out of control yet on the night she plans to escape, she stumbles across a mysterious prisoner. His name is Jake, a rock musician from Holland and he has a contract on his life.
Their daring escape across London eventually draws them into a place of hiding before Jake’s chilling story begins to unfold. He was the one vital witness to a sinister scene leading up to the death of a British MP and now those responsible want him silenced. As two young people, thrown together by fate they develop intense feelings for each other. It does not take long for Eleanor to realise that she will do anything possible to keep Jake alive.


Their tender love bond keeps you turning the pages as they live on a knife edge, desperate to escape London. Will they outrun the deadly enemies who stalk them? Or are the people at the top more powerful than they think?

They approached Waterloo station from the road where its grand facade loomed up impressively. Hearts racing, Jake and Eleanor skipped up the wide flight of steps and under a beautiful archway flanked by statues. Its famous four-faced clock hung above as they passed through the station. But there was no time to waste; they needed tickets and travel information.
Jake paused, eyes scanning the area. He felt an initial burst of excitement as he took in the scene, convinced they had made the right decision. A tiny part of him so much wanted to believe Robin Whaley. He had left the café, feeling somewhat comforted by the thought that someone wanted to help them. Unfortunately, that help had arrived too late... They were about to take their final leap towards freedom.
Crouching down, he unzipped his holdall and rifled around for the wallet he had bought from the market. Every so often he glanced up, aware of the tide of people. They flowed from all directions; a typical crowd consisting of suited businessmen and shoppers. Trendy young women swayed past in flares and mini-dresses, platforms clomping across the floor tiles...
He caught Eleanor’s eye and flashed her a reassuring smile. How regrettable they hadn’t seized a chance to visit the bank John Sharp had mentioned. It would have made sense to have done that before leaving but it would have to wait now. Robin’s approach had thrown them off course.
Digging deeper into the holdall, he finally unearthed the wallet.
The moment he rose, Eleanor turned and subtly gestured towards the ticket office. A row of boards stretched out ahead of her, listing the timetables. Jake watched as she glided towards them, the enveloping white swathes of her dress fanning outwards as she moved. His eyes were fixed on the back of her head as he began to follow. Yet just as she reached the boards, a man unexpectedly emerged from behind them. He positioned himself right in front of her, hands on hips, a posture that seemed intimidating. Eleanor froze, stalled by his approach. Still as a statue, he gazed down at her; tall, reed thin and dressed in a cheap looking suit.
Jake felt himself drawn to the scene, before a chilling memory pierced his mind. He had seen this man before. All senses had been on red alert, that day; sounds of a rough and noisy neighbourhood, followed by the terror of being forced into a chair and handcuffed in some kitchen, engulfed by the stench of cooking fat. Only his vision had been obscured. He remembered the noose made from some sort of sacking; a splinter of time when the sack was pulled away to be replaced by a blindfold.
The image of the same man shimmered like a mirage. Jake experienced the first prickle of goose bumps, only this time, he was seeing his face clearly - the narrow light blue eyes boring into him like shards of ice.
“Shit!” Jake gasped unable to tear his gaze away.
The chilling eyes pinned him where he stood.
“What’s wrong, Jake?” Eleanor cried, twisting her head around to look at him but he had already grabbed her hand...
Overcome with a sudden terror, Jake tugged her away from the billboards, away from this menacing stranger who refused to break eye contact. 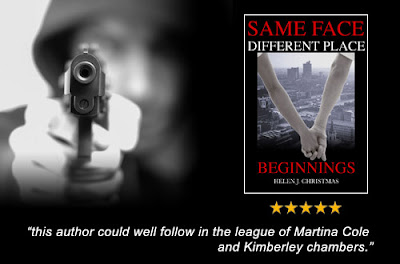 MEET THE AUTHOR
Helen J. Christmas lives on the south coast of Sussex with her husband. With a love of writing since childhood, she started her decade spanning thriller series 'Same Face Different Place' in 2011. Her first book 'Beginnings,' set in 1970s London, combines romantic suspense with a hard-hitting conspiracy thriller.
Writing is something she juggles around family and social life. Helen is self employed and enjoys running the web design company, she and her husband set up from home. They have no children but enjoy the company of a faithful border collie and a fluffy white cat. Helen confesses to have got most of her ideas for writing, whilst walking Barney along the beach. 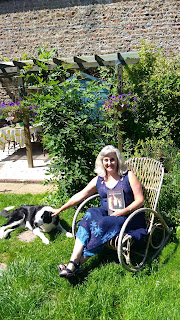 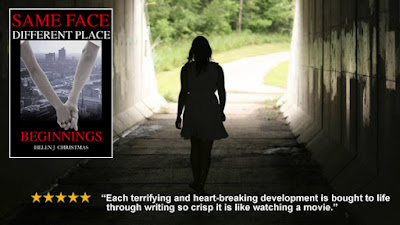