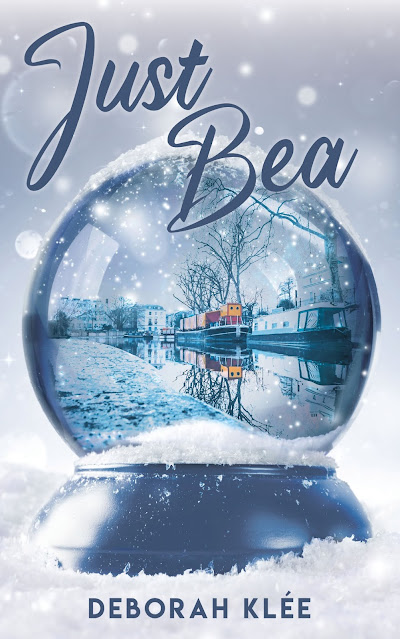 Bea Stevens and Ryan O Marley are in danger of falling through the cracks of their own lives; the only difference between them is that Bea doesn’t know it yet.

When her world is shaken like a snow-globe, Bea has to do what she does best; adapt. Homeless man Ryan is the key to unlocking the mystery of her friend Declan’s disappearance but can she and Ryan trust one another enough to work together?

As the pieces of her life settle in new and unexpected places, like the first fall of snow, Bea must make a choice: does she try to salvage who she was or embrace who she might become?

Just Bea takes the reader on a heart-warming journey from the glamour of a West End store to the harsh reality of life on the streets and reminds us all that home really is where the heart is.

The houseboat community on the Regents Canal play an important part in the telling of Just  Bea. However, this part of the story emerged as I was writing. Some authors plan a novel in  detail before writing it – the plotters, and others just write and see what happens – the  pantsers, because they fly by the set of their pants. I am neither one nor the other. Before  writing a novel, I plot the key scenes that make up the skeleton of the story and I write a  synopsis. Then, I write and allow the magic to happen as the story unfolds and characters  become known to me.

Before writing Just Bea I knew that she worked at a Knightsbridge department store but had  not decided where she lived. On a research trip to visit Harrods of Knightsbridge, the store  that Hartley’s is based on, I looked at the Tube map and randomly selected a stop that was a  short commute for Bea. It happened to be Kings Cross. I have been working in London for  over twenty years and thought I was familiar with Kings Cross, but I was mistaken. I knew  that Kings Cross had undergone considerable regeneration in the past decade but I had not  discovered Granary Square which lies just behind Kings Cross station and neither had I  walked this part of the canal.

This area of Kings Cross was industrial wasteland for many years. In September 2011 the  University of the Arts London moved to the Granary complex and parts of the development  opened up to the public. The astro turfed steps popular with tourists and office workers are  mentioned in Just Bea as this is close to where she lives. In the summer visitors picnic and  sunbathe on these steps. In the summer of 2020, there was a colourful art installation of  giant ice lollies providing back rests and striped sun loungers – all socially distanced of  course. It is a vibrant and exciting development, with spectacular water fountains for  children to play in, galleries, bars and restaurants.

The Regents canal runs alongside Granary Square. It is just under nine miles long (14 km)  stretching from Little Venice (near Paddington station) to the Docklands. I walked from  Islington to Camden along the canal when researching Just Bea, and was planning to walk  the entire length before travel into London became compromised because of the pandemic.  It is something that I am looking forward to doing when life returns to some kind of normal.

The day that I discovered Granary Square and walked along the canal I came across a  brightly painted barge which was a second-hand bookshop. I was absolutely enchanted. My  feelings of wonder at discovering this gem and venturing inside are much like Bea’s when  she is introduced to the Fandangle – a café barge. The bookshop barge had a band much  like The Potato Heads playing alongside on the tow path. This was great inspiration and had  to find a place in my story. As I started writing about the houseboat community the  characters took shape, and became central to the story.

They crunched on through the snow. The sky was sky blue, still a popular shade for spring,  although princess blue was the new trend. Sky blue, having tipped a heap of snow from the  clouds. And the canal, a diamante belt or a glittery scarf as sun reflected off its icy surface.

What was she doing following the footprints of this tall stranger along the tow path  when she should be at work? She hadn’t even telephoned in with an excuse. Bea felt a little  queasy – a hangover or guilt?

‘So how far have you walked along here?’ Ryan’s breath was a wisp of white as he  looked over his shoulder at Bea.

Bea hadn’t. She’d noticed the canal, admired the council’s efforts to make it more  attractive with astroturf covering the wide concrete steps to create tiered seating for office  workers and tourists, but she hadn’t actually walked along it.

Ryan made a funny noise. It could have been a snort of derision or maybe he was just  clearing his throat. They walked in silence and Bea gave herself up to enjoying the moment.  It was hard not to – the blinding whiteness of the snow contrasting with the jauntily painted  narrow boats and barges. 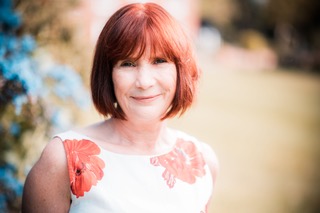 Deborah has worked as an occupational therapist, a health service manager, a freelance journalist, and management consultant in health and social care.

Her protagonists are often people who exist on the edges of society. Despite the very real, but dark, subject matter her stories are uplifting, combining pathos with humour. They are about self-discovery and the power of friendships and community.

Just Bea is her second novel. Her debut The Borrowed Boy was published last year.

Deborah lives on the Essex coast. When she is not writing she combines her love of baking with trying to burn off the extra calories. 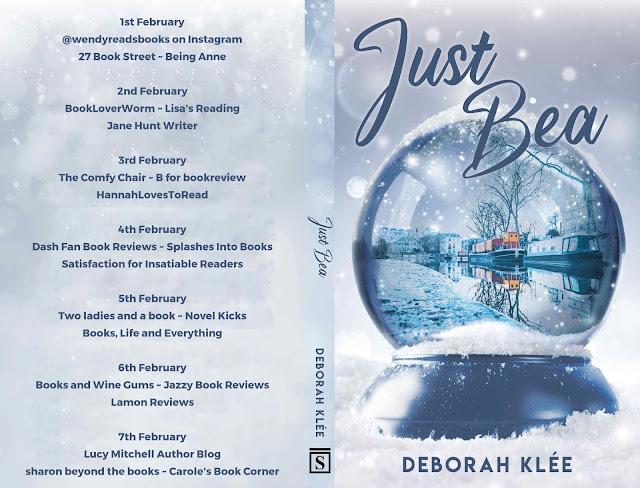