Today, I am delighted to be part of Steven Neil's blog tour for his new book The Merest Loss, thanks to Rachel at Rachel's Random Resources ...... and I have an exclusive extract ..... 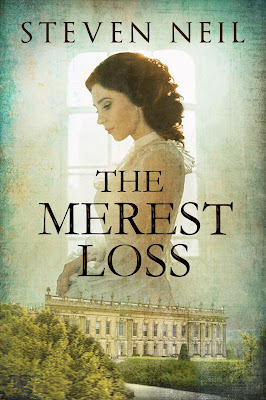 A story of love and political intrigue, set against the backdrop of the English hunting shires and the streets of Victorian London and post-revolutionary Paris.When Harriet Howard becomes Louis Napoleon’s mistress and financial backer and appears at his side in Paris in 1848, it is as if she has emerged from nowhere. How did the English daughter of a Norfolk boot-maker meet the future Emperor? Who is the mysterious Nicholas Sly and what is his hold over Harriet?Can Harriet meet her obligations and return to her former life and the man she left behind? What is her involvement with British Government secret services? Can Harriet’s friend, jockey Tom Olliver, help her son Martin solve his own mystery: the identity of his father?The central character is Harriet Howard and the action takes place between 1836 and 1873. The plot centres on Harriet’s relationships with Louis Napoleon and famous Grand National winning jockey, Jem Mason. The backdrop to the action includes significant characters from the age, including Lord Palmerston, Queen Victoria and the Duke of Grafton, as well as Emperor Napoleon III. The worlds of horse racing, hunting and government provide the scope for rural settings to contrast with the city scenes of London and Paris and for racing skulduggery to vie with political chicanery.The Merest Loss is historical fiction with a twist. It’s pacey and exciting with captivating characters and a distinctive narrative voice.
Purchase Links
https://www.amazon.co.uk/Merest-Loss-Steven-Neil-ebook/dp/B077D9SHB5/
https://www.amazon.com/Merest-Loss-Steven-Neil-ebook/dp/B077D9SHB5
https://www.independentauthornetwork.com/steven-neil.html

All seems lost in the relationship between Harriet Howard and Jem Mason, but an unexpected meeting, prompted from an unexpected source shifts the plot. In chapter seventeen of The Merest Loss Jean Mocquard emerges as an unlikely ally.

At La Marche, Tom and Jem walk the course to familiarise themselves with the layout of the track. The turf is a pristine, luxuriant green. Old turf. They find a figure of eight course, laid out on a broadly flat, meadowland site. The track goes right-handed, then left-handed, then right-handed again. The plain fences are tightly packed with birch. Unforgiving to a lazy jumper, thinks Tom. As well as the familiar fences found in England, there is a rail and ditch, a bullfinch, a bank, a water jump and a few sheep hurdles. Jem thinks it owes more to what might be encountered in a day’s hunting in Ireland, than an English steeplechase course. There is a complete absence of guide rails and only very occasional flags. It is a test of memory as well as bravery.
‘Should be a craic,’ says Tom.
‘If we don’t get dizzy first,’ says Jem.
Harriet and Mocquard arrive at one o’clock. The newly painted grandstand shines white in the sunlight and multicoloured pennants flutter overhead in the breeze. On the first floor, an elegant dining room, fitted out with crystal and damask, greets the opulently dressed racegoers. French and English voices mingle. Waiters glide between the tables. In a far corner, a bearded student sits at a piano and makes a passable attempt at some Chopin sonatas. Harriet picks at her food and twists at the end of her napkin. When the horses come into the parade ring for the first race the room empties, as everyone makes their way to view the runners and riders. The scene never fails to excite Harriet, but there is an added frisson today. Standing across the paddock, she sees Jem Mason and Tom Olliver, smiling and joking together. The afternoon passes in a blur of flashing jockey silks and the glint of gleaming thoroughbreds. Tom and Jem ride two winners each: Tom, all power and strength and driving finishes, whip high, roaring; Jem, almost lazy by comparison, long rein, squeezing the horses into the fences, his whip an ornament, patting the horses on the neck as they pass the winning post.
At the conclusion of the racing, Mocquard arranges an introduction to Lord Hertford, in his private box. He, in turn, introduces his jockeys to Harriet.
‘How lovely to see you again Tom. You must tell me all the gossip from home,’ she says.
‘I see you know each other. Do you know Mason as well?’
‘Hello, Jem.’
There are perhaps twenty-five people in the box, which has two balconies attached: one looking forward across the racecourse; one looking back at the stables and parade ring. Mocquard is adept at manoeuvring people around, making introductions here and there, turning this person to that; a deft pull at an elbow, a gentle hand in the small of the back. After a while, Jem and Harriet find themselves alone on the rear balcony. A door closes behind them.
‘We may not have another chance, Jem,’ she says. ‘I don’t want to live my life in complete regret. What do you want?’
‘I wish I knew.’
‘You wish you knew or you wish you could admit it?’
‘You know what I think but I don’t, is that it?’
‘No. I know what I think. I have no pride. But you are the mystery. Let me be clear. I would like us to be as we once were. I am prepared to risk a rebuttal. But I will have tried. Is it so hard to tell the truth? Walk towards me or walk away from me. But don’t stand and look at me. What is it to be?’
When the carriages are called, Mocquard leaves without Harriet. She and Jem are nowhere to be seen.

Follow Steven Neil on https://twitter.com/stevenneil12 for information on how to purchase the paperback through an independent bookseller in the UK.

Author Bio – Steven Neil has a BSc in Economics from the London School of Economics, a BA in English Literature and Creative Writing from the Open University and an MA in Creative Writing from Oxford Brookes University. In his working life he has been a bookmaker’s clerk, management tutor, management consultant, bloodstock agent and racehorse breeder. He is married and lives in rural Northamptonshire. 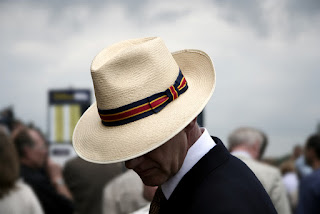 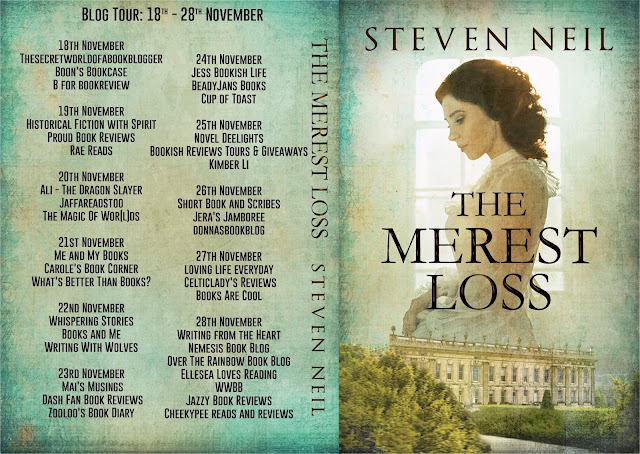