Today, I am thrilled to be part of M. Sean Coleman's blog tour for his new book The Cuckoo Wood, thanks to Rachel at Rachel's Random Resources...... I hope you enjoy reading an extract from this creepy mystery .... and I even have a fantastic Rafflecopter giveaway to win a paperback copy of The Cuckoo Wood and other goodies! 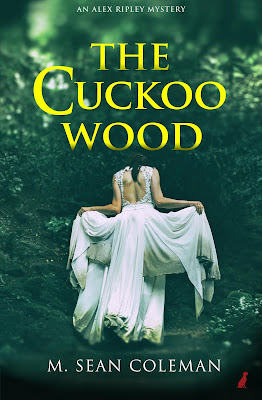 A THRILLING, MELODICALLY CREEPY MYSTERY.
Samantha Jaynes took her life in the cold lake. Now Rosie Trimble has done the same. Both claimed they had seen an angel. And they're not the only ones.
A spate of teenage suicides rattles the rural community of Kirkdale, in England's Lake District. Before they died, each of the girls talked about seeing an angel. Is this collective hallucination, or is something more sinister leading these young girls to their deaths?
That’s a question for Dr Alex Ripley, the so-called Miracle Detective. Brought in to help the police, she finds a community rooted in fear and suspicion, bound by their strange faith, unwilling to help, unable to forgive.
Because the people of Kirkdale have buried their dark past once, and they’re not about to let Ripley dig it up again.
The Cuckoo Wood is the first Alex Ripley Mystery

THE GIRLS JUST STOOD THERE, on the pebbled shore, watching her drown. They weren’t her friends. Not really. The orange glow of the campfire flickered on the surface of the water, which bubbled and roiled around her. A black plume of smoke billowed into the sky.
They shouldn’t have come into the Cuckoo Wood. She regretted telling them about the angel. They would never believe her now. Why hadn’t he come?
Samantha thrashed her arms, trying to push herself through the water, back to the shore. It was no use. Exhaustion took over.
She’d been stupid to drink. It had only been a few sips, but now the unfamiliar alcohol weighed her down, letting the water close in around her like hands grasping her arms and legs, pulling her under. She was sure she would die tonight—right there in the cold, dark lake.
She sank into the depths again, water filling her lungs, choking the life out of her. Coughing and spluttering, she found the surface, trying to get air in to her burning chest, but it was no good, she couldn’t breathe. The lake had already won.
As the world slipped from her grasp, she saw him step out of the trees and onto the shore behind the other girls. The Kirkdale Angel. He had come. But he was too late. Too late to help her, anyhow. Samantha wished she’d never started all this. She wished she’d never heard about the angel. More than anything, she wished she could tell someone what she knew now. But it was too late for wishes.
Samantha stopped struggling and let the water take her down. In those final, fleeting seconds as her consciousness faded, she felt a hand take hers and give a gentle, reassuring squeeze. It would be okay. She wasn’t alone. Her angel was with her. 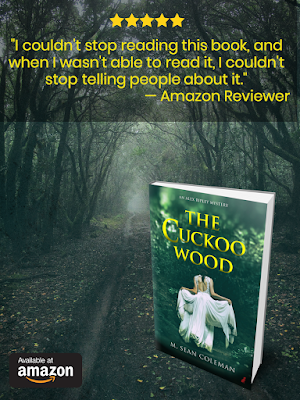 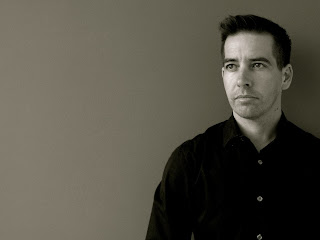 Author Bio – Born in the UK and raised in South Africa, M. Sean Coleman developed a love for reading and writing novels in his early teens, thanks to two incredibly passionate English teachers who infected him with their love of words and stories. Over the intervening years, he has written film and television drama, cross-platform series, an interactive children’s storybook and a graphic novel series.He finally found his niche as a thriller writer when he was asked to write a novel as part of the cross-platform project, Netwars. His first book, The Code, was published six months later, with the sequel, Down Time, hot on its heels. There was no going back.He is obsessed with crime, mystery and thriller stories, especially those with a fresh or surprising angle. He writes novels from his home in The Cotswolds, where he lives with his husband and their three red dogs.
Social Media Links –
www.facebook.com/mseancoleman.author
www.twitter.com/mseancoleman 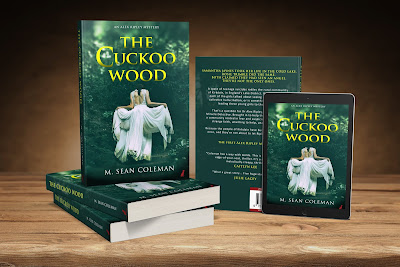 Giveaway to win paperback copy of The Cuckoo Wood, a cool tote bag with book quote from the publisher, a branded bookmark and some chocolates (Open INT)
*Terms and Conditions –Worldwide entries welcome.  Please enter using the Rafflecopter box below.  The winner will be selected at random via Rafflecopter from all valid entries and will be notified by Twitter and/or email. If no response is received within 7 days then I reserve the right to select an alternative winner. Open to all entrants aged 18 or over.  Any personal data given as part of the competition entry is used for this purpose only and will not be shared with third parties, with the exception of the winners’ information. This will passed to the giveaway organiser and used only for fulfilment of the prize, after which time I will delete the data.  I am not responsible for despatch or delivery of the prize. 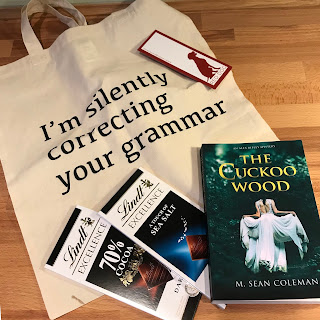 To have the chance of winning this fantastic prize please click the link below
http://www.rafflecopter.com/rafl/display/33c69494156/? 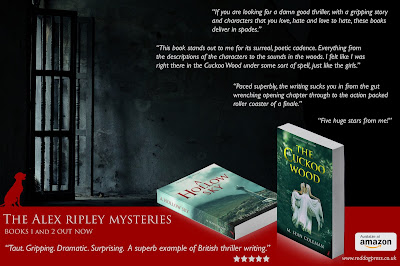