Today, I am thrilled to be part of Brian Rouff's blog tour for his new book The House Always Wins: A Vegas Ghost Story ...... and I have an exclusive extract and a fab guest review by Laura Lee 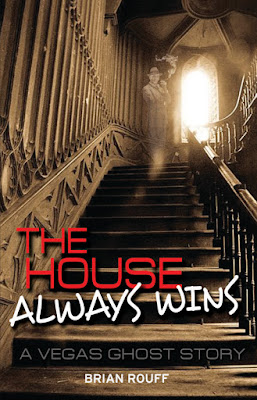 Anna Christiansen’s small-town life is about to go haywire. A young reporter stuck in a dead-end job, Anna falls head over heels for an interview subject, the bass player in an up-and-coming alt band. In short order, she pulls up stakes, moves to Las Vegas, gets married and pregnant, and buys a big fixer-upper haunted by the ghost of a Sin City racketeer.


That’s when Anna gets notice from a corrupt casino owner that he’s buying up all the properties on her street to make way for a parking lot. But Anna has poured her heart and soul into the house and digs in hard to fight the system — not the easiest of tasks in a city where bribery, mayhem, and murder are standard operating procedures.
Can Anna’s tough-guy ghost provide the help she needs to prevail in this dangerous cat-and-mouse game? Will Anna’s life be left in ruins? Or worse?
Guest Review by Laura Lee
Brian Rouff pulls the reader in right from page one, with a
letter from the main character, Anna to her Aunt.  In it she
explains apologies for not writing or calling. She admits her
excuses sound far fetched but tells her it has to do with “bad
guys and friendly ghosts and mayhem and murder.”  She also
apologizes for making the letter into a memoir but she is a
writer, after all.
She then proceeds to tell what happened to her after meeting
Aaron and moving to Los Vegas with him.  She becomes
pregnant and they buy a house that needs a lot of work but
has a lot of potential. However, a developer is making not so
subtle threats because he is buying up properties in her area
and she will not sell.  She teams up with an unlikely friend, a
ghost that lives in her house.
I loved this book!  It had me laughing, crying, and rooting for
Anna.  She is a strong female lead and I applaud Rouff for
creating her.  I would love to see her featured in more of his
books! I also think ‘The House Always Wins: A Ghost Story’
would make a incredible movie.  Okay, so I hear you thinking,
“not another Vegas movie” but this is a completely fresh take.
It doesn’t take place on the strip but a neighborhood where
people actually live and raise families. Seriously, this book is a
must read!  I give it a solid 5 out of 5 stars. I need to read
more of Brian Ruffs’ work! 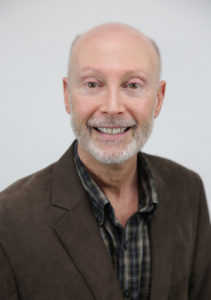 Award winning author, Brian Rouff was born in Detroit, raised in Southern California, and has lived in Las Vegas since 1981, which makes him a long-timer by local standards. When he’s not writing articles, screenplays and Las Vegas-based novels such as “Dice Angel,” “Money Shot,” and “The House Always Wins,” he runs Imagine Communications, a marketing and public relations firm. He is also a regular contributor to Living-Las-Vegas.com.
On a personal note, Brian is married with two grown daughters and five grandchildren. In his spare time he enjoys movies, playing guitar and the occasional trip to the casino buffet line.
Website: http://brianrouff.com/
Twitter: https://twitter.com/BrianRouff
Facebook:  https://www.facebook.com/BrianRouffAuthor/ 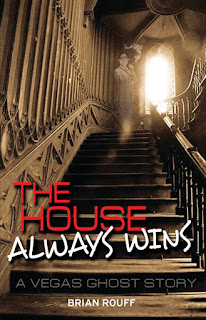