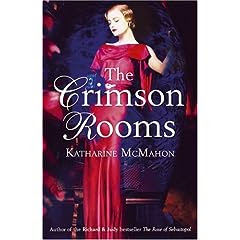 Evelyn Gifford (30) ~ the narrator ~ is a young woman who is living in the past, present and future.

The year is 1924 and Evelyn, who is a trainee solicitor, lives a lonely, unhappy life with her mother, grandmother and elderly aunt Prudence in a big rambling decaying house, still mourning the death of her brother, James, killed in WWII six years earlier. Both her mother and Prudence can't understand why she wants to be a solicitor, they think it's totally unsuitable for a young woman.

One night, Meredith, a young Canadian woman, turns up on their doorstep, totally unannounced, with her son, Edmund, 6, whom she claims is James son, throwing the house into total confusion.

Evelyn is a woman before her time. Women solicitors were almost unheard of in 1924 and many practices would not employ a woman over a man. But Evelyn's employer is a man who loves to defy convention and happily takes on the young and eager woman.

When Evelyn meets the charismatic barrister Nicholas Thorne who offers his help with her two cases, one of defending a man accused of murdering his wife and the other of a young mother accused of kidnapping her own baby, her world turns upside down.

Katherine McMahon's writing was an absolute pleasure to read, she has a way of describing details so that you really feel you're there in the room. It reminded me of R.J. Ellory's A Quiet Belief in Angels. She is a wonderful storyteller and in Evelyn Gifford she has created a compelling and feisty character, who is so quiet and respectful at home but who can speak confidently when a magistrate treats her with disdain.

I absolutely loved The Crimson Rooms and was sad when it ended, I wanted to know more of Evelyn's life, of how far she can go. I would recommend it to anyone interested in the 1920's, of women solicitors, courtroom dramas, or who just wants to get lost in a really good story.